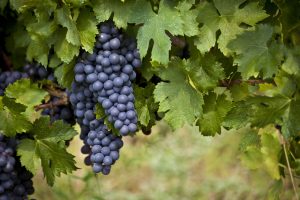 The regions of Spain have long been associated with great red wines, particularly the red wines of Rioja and Ribera del Duero from the iconic Tempranillo varietal, so much that other equally exciting indigenous varietals such as Garnacha (Grenache), Prieto Picudo and Mencia have been all but ignored until recently.

Mencia is a premium red Spanish grape varietal found primarily in the Bierzo, Ribeira Sacra and Valdeorras appellations of northern Spain. Although the Mencia varietal was once considered by enologists to be the direct ancestor and precursor of Cabernet Franc, recent DNA testing has shown that this is not the case. Mencia and Cabernet Franc share some common characteristics, but not the same ancestry. It is now widely believed that Mencia and Portugal’s Jaen de Dão (Jaen for short) grape variety are one and the same. However, not everyone agrees. What we do know is that Mencia is an ancient varietal that has been around for quite some time. Bierzo’s original plantings of Mencia likely date to the earliest Roman settlers in the region, who cultivated the varietal two thousand years ago in what remains one of Europe’s most isolated wine regions. It is the grape’s isolation and not any inferior quality that caused it to be overlooked outside its ancestral home.

Bierzo is a remote area of Galicia, Spain’s cool, windswept province astride the Atlantic. Certainly, it is the very isolation of the Bierzo that has allowed Mencia to survive and even thrive. Moreover, the average age of the hillside vines in Bierzo is quite old, which lends itself to the production of high-quality wines. Consequently, the wonderfully fruity, spicy, and wholly intriguing Mencia varietal has recently been discovered, or rather re-discovered, by modern legions of wine drinkers. They are no doubt intrigued by this unique viticultural entity we call Mencia, whose many attributes are accentuated by organic farming, low vineyard yields, and modern winemaking techniques practiced by Losada Vinos de Finca and other like-minded wineries whose emphasis is on quality rather than quantity. Since the 1990s, Mencia has steadily grown in popularity to the point where there are now more than 20,000 acres of Mencia vines being cultivated in Spain. Altos de Losada, Peza do Rei, and Casal Novo are three excellent producers whose Mencias are well worth seeking out.