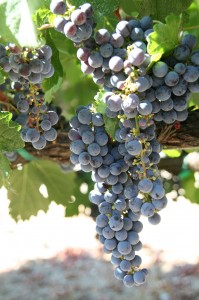 For more than a century Zinfandel has run the gamut in California from boom to bust and back.  Brought to fore during California’s Gold Rush, the hills of Amador County still yield plenty of  the luscious, spicy, often chameleon-like grape we call Zinfandel.  Zinfandel is widely believed to be descended from Primitivo, a European varietal now cultivated in Italy, which happens to be identical in DNA to the ancient Croatian varietal Crljenak Kaštelanski.  This DNA match up confirms Zinfandel as one of the oldest continuously cultivated grape varieties in the world.  Yet, it wasn’t until Zinfandel traveled to America that it found its true home – California.  Although the first definitive California plantings of Zinfandel took place just prior to the middle of the 19th century, it didn’t take long for Zinfandel to gain favor in America, first with the 49’ers and then with the waves of Italian immigrants who made their way west.

Today, Zinfandel is widely acknowledged as America’s Heritage wine with more than 50,000 acres under cultivation, nearly all of it in California.  Although most important grape varieties have their reference points in Europe, Zinfandel bills itself as an American success story, and its history reads as the classic rags to riches tale. What has no doubt made Zinfandel so popular in America is the grape’s ability to adapt to different climates and treatments.  Zinfandel is a grape capable of producing rich intense red wines of more than 15% alcohol as well as light fruity “blush” wines.  What more can one ask for?  How about a glass and a bottle of Terra d’Oro’s 2010 Amador County Zin?