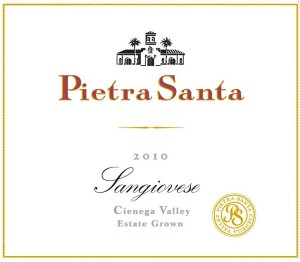 In September, The International Wine of the Month Club’s Premier Series features four special offerings, two of which are from Cienega Valley’s Pietra Santa Vineyards.  This month includes Pietra Santa’s award-winning 2010 Estate Sangiovese, which recently received 91 points from Wine Enthusiast, and the 2014 Pietra Santa Estate Chardonnay, a rare, highly allocated Chardonnay that’s making its first appearance with The International Wine of the Month Club.  For several years, we have been trying to secure enough of Pietra Santa’s elegant Macon-style Chardonnay, and we’ve finally been able to procure just enough to satisfy our membership.  Also on tap this month is the 2014 Valle Secreto Key Cabernet Sauvignon Carmenère.  Bring on the barbecue and light the grill for this tasty blend.  Finally, to round out September’s line-up, we recommend beginning an evening or event with the 2014 Bisci Verdicchio Matelica from the Marche’s finest producer.  It makes a great aperitif and provides the ideal complement to seafood. 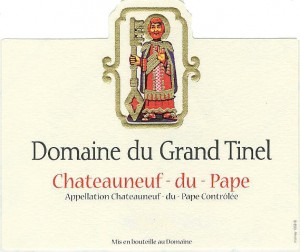 This month, The International Wine of the Month’s Collectors Series is proud to offer the 2012 Stolpman Vineyards Ballard Canyon Estate Syrah.  It’s hard to imagine a better Syrah, and its 94 point score from Wine Enthusiast will attest to that fact.  Equally compelling is the 2014 Sigalas Santorini Assyrtiko from one of the oldest and most distinctive grape varieties on earth.  The extremely rare, 100% Sigalas Santorini Assyrtiko is the finest white wine we have ever tasted from Greece.  Last, but certainly not least, is the 2012 Domaine du Grand Tinel Châteauneuf-du-Pape, which scored 91 points from Wine Advocate.  A classic Châteauneuf-du-Pape from an outstanding vintage, Grand Tinel is one of the finest and most consistent producers of Châteauneuf-du-Pape.   Looking ahead to October, we will feature the outstanding, highly allocated 2010 Vinyes del Terrer Nus del Terrer, a profound blend of Garnacha (Grenache) and Cabernet Sauvignon from a tiny vineyard in northern Spain.  This is just one of many exciting, upcoming features.  Enjoy!