In March, The International Wine of the Month Club’s Premier Series offers four special wines.  The 2009 Peltier Station Lodi Petite Sirah, a robust, mature red from California’s once-again fashionable Lodi AVA, leads the way.  If you have never had a Peltier wine, now is the time to try Peltier’s beautiful Petite Sirah.

Hailing from the golden hills of California’s Calaveras County, the 2012 The Big Mouth Red is produced almost exclusively from Syrah.  It offers a captivating aroma of black fruits, licorice, and violets, along with copious quantities of velvety-smooth berry flavors to provide great drinking pleasure.

Rounding out this month’s Premier Series wines is the 2014 Denis Dutron Macon-Fuissé from France’s Maconnais region in southern Burgundy.  With a brilliant, sun-kissed robe, an enticing bouquet of freshly picked mountain apples, acacia flowers, and freshly baked bread, and a wealth of soft, creamy flavors that meld beautifully with the wine’s pure natural fruit and refreshing minerality, this enticing white wine offers everything classic white Burgundy from Maconnais has to offer. 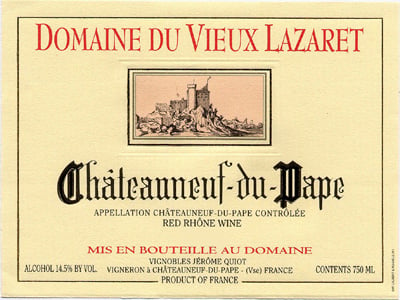 Benovia is one of California’s finest producers of Chardonnay, as the 2013 Benovia Russian River Chardonnay, this month’s Collectors Series white wine feature, will attest.  Presenting itself as sunshine in a glass, the 2013 Benovia Russian River Chardonnay sparkles with a glint of the sun’s golden rays, possesses an enticing aroma of butter, oak, coconut, pear, spring flowers, and spice, and offers a palate-pleasing cornucopia of flavors in the form of orchard fruits, spice, and minerality.  Who can ask more of a Chardonnay?

The 2011 Antucura Vista Flores Grand Vin rounds out this month’s Collectors Series offerings.  Antucura is one of Argentina’s great estates and Vista Flores Grand Vin is the winery’s flagship wine.  A Bordeaux blend of Merlot, Cabernet Sauvignon, and Malbec that spent 16 months in French oak barrels, the 2011 Antucura Grand Vin offers copious quantities of rich, deep-down blackberry, plum, currant, and spice flavors that fill the mouth and satiate the palate.  It weighs in at over 15% alcohol but never loses its elegance or panache.  Most Bordeaux wines should offer so much and be so good.