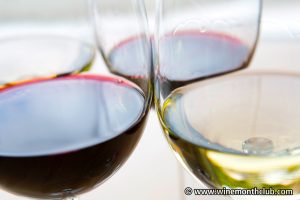 If we were playing the old Abbot and Costello routine, Chardonnay would be on first, Cabernet on second, and no one would know who’s on third. Why? So many grape varietals, so little time!

Grape varietals are the individual types of grapes that find their way into the world’s wines. There are upwards of four thousand distinct grape varieties in the world, though the vast majority of wines we consume emanate from less than three-dozen of the world’s varietals from the species Vitis vinifera. Some of the world’s varietal names are easily recognizable like Chardonnay, Cabernet Sauvignon, and Merlot, for example, while others are literally unknown to average consumers and serious tasters alike, names such as Bobal, Nosiola, Pais, Prieto Picudo, and thousands more.

In the New World, wines are often bottled under the name of their primary grape variety (a minimum of 75% of one grape variety must be present for varietal bottling in the United States, while most of the rest of the wine producing world requires 80% of a wine to be of a single varietal to be so labeled). Proprietary names are often used in the New World for blends that do not contain the minimum percentage of a single variety. In Europe, the finest wines are often blends of various grapes and are known primarily by geographic appellation rather than by their primary varietal (although this is changing; more and more French and Italian wines from less celebrated wine producing regions are being bottled with varietal names). As in the United States, other non-European wine countries like Argentina, Australia, Chile, New Zealand and South Africa bottle most wines under a varietal name, even sometimes by grape combinations such as Cabernet-Shiraz.

Whether a wine graces our table as a varietal or a generic offering (Bordeaux, Burgundy, Chianti, Rioja, etc. are generic wines, as they are known by their place of origin rather than any grape variety) it should offer enjoyment and reflect in some way its place of origin. As for me, I am still trying to taste all four thousand or more of the world’s grape varieties, and then there are the thousands of distinct generic offerings from which to choose. So many wines, so very little time!