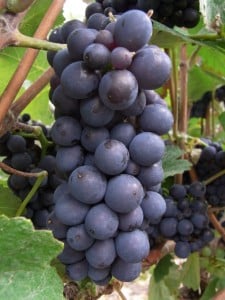 Grenache, whose origin points to Aragon in northern Spain, is the most widely cultivated red varietal throughout the world. The wine’s propensity for vigor, drought resistance, high alcohol, and inherent ability to yield powerful, spicy, complex wines has made it a favorite in warm climates around the world. When judiciously pruned, Grenache yields wines of extraordinary quality, not only in Spain’s Priorat where it is known as Garnacha, and in neighboring France (including the Languedoc and the Rhône Valley where it shines in all the greatest wines of Gigondas, Côtes de Rhône villages, and Châteauneuf-du-Pape, which includes Château Beaucastel, the southern Rhône’s most iconic wine), but also in Australia. It is the most cultivated red grape in Australia where the country’s very old bush vines, many of which are in excess of 100 years of age, furnish some of South Australia’s most extraordinary reds. Thistledown is currently Australia’s leading purveyor of old bush vine Grenache, and Thistledown’s wines should not be missed. Every one of Thistledown’s Grenache offerings constitute the benchmarks by which others are judged. Grenache also forms the basis for Australia’s signature GSM blend, perhaps the world’s most recognizable blend. California enjoys a long history with Grenache, too, where it increasingly plays a supporting role in the state’s finest Syrah offerings. It is high time that we pay homage to the planet’s most prolific red grape variety and the extraordinary, crowd pleasing wines it yields.