While Cabernet-centric wine drinkers bemoan the demise of the affordable, quality Napa Valley Cabernet and wring their hands over the stratospheric prices for California’s top Cabernet Sauvignons, not to mention the virtual impossibility of procuring any of those Napa Valley icons, Syrah and its other New World sibling, Shiraz, are stealing the show. Although there are many different clones of Syrah and Shiraz (as there are for Cabernet, Chardonnay, Pinot Noir, and most other varietals) and culture, terroir, and winemakers’ choices account for varying flavors and styles, Syrah and Shiraz share the same DNA – fraternal twins at the very least, if not identical twins. More importantly, savvy red wine drinkers can count on extraordinary quality and a lot more bang for their buck from Syrah and Shiraz than Cabernet. 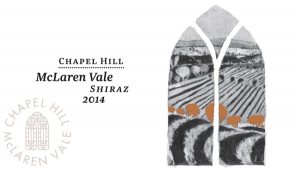 Syrah has been a staple in France’s Rhone Valley for centuries, if not millennia, and it has reigned as Australia’s hallmark varietal under the compellation Shiraz for as long as anyone living can remember, with the premier wine regions of Barossa, McLaren Vale and Margaret River continuing to craft profound, world-class Shiraz. Ben Glaetzer, Chapel Hill, Mr. Riggs, and Nugan are just a few of Australia’s finest and most consistent purveyors of Shiraz. And over the last two decades, Syrah has steadily gained traction in California, too, expanding rapidly in acreage and eliciting countless accolades for the burgeoning number of its clan that have gained favor for consistently over-delivering. Whether from Napa, Sonoma, or Santa Barbara’s Ballard Canyon, Syrah now more than ever gives Cabernet a run for its money in California. Look to the likes of Beckmen, Stolpman and Tierra y Mar for quality and value, with the latter perhaps California’s greatest value – a very reasonably priced Syrah that emanates from Sonoma’s Russian River and the hands of Douglas Danielak, one of California’s most sought-after winemakers. And let’s not forget the elegant, complex, downright stunning Syrahs from Chilean producer Casas del Bosque or the deep, rich Shiraz wines that flow from South Africa. What more bang for the buck can one ask for than Robertson’s Constitution Road Shiraz or one of Mary-Lou Nash’s Black Pearl Mischief Maker Shiraz? Enjoy the voyage of discovery!