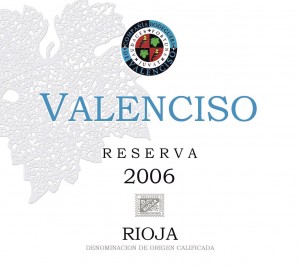 This month’s two Top Picks have earned a place at my table, and from the recent reviews of these wines quite a few folks will wish they had discovered these beauties when we did, before their reviews came out in the international press.  For starters, the 2006 Valenciso Reseva Rioja earns this month’s first Top Pick.  A worthy successor to Valenciso’s outstanding 2005 Reserva Rioja, one would be hard pressed to find better Rioja than Luis Valentin’s suave, complex, age worthy 2006 Reserva.  It’s almost a shame to drink this newly released Reserva now, as it has such a great life ahead of it, but better now than never.  For members who are patient enough to give this collectable wine a bit more time in bottle, the word sublime will be more than fitting.  My second Top Pick goes to Silvio Grasso’s elegant, regal 2008 Barolo.  Wow!  One gets a lot of bang for the buck from this wine.  Grasso’s style of Barolo weds power to finesse, and in doing so Federico Grasso captures in this wine the ultimate expression of La Morra, traditionally the most elegant of Barolo wines.  I truly enjoyed this beautiful Barolo just recently, even at such a tender age.  But I also want some of Silvio Grasso’s 2006 Barolo in my cellar so I can enjoy this noble wine as it evolves over the next 5-10 years.  My Top Picks are not meant to detract from the magnificent 2009 Gini La Frosca.  It is a captivating white wine, and at its peak of perfection. So, if you really want to live right, invite a couple of friends over and serve a bottle of the 2009 Gini La Frosca as an opening act to Silvio Grasso’s Barolo.  You’ll be glad you did.  A votre santé.