Whether it is Domaine Fournier’s super premium 2012 Cuvée Silex Sancerre or any number of the month’s exceptional reds, all of January’s Collectors Series features should please the most discerning of palates. We had an unusually high level of interest from our membership in this month’s Primary Collectors Series red wines, which necessitated us choosing two outstanding Italian wines for the same category: the 2008 Il Palazzino Bertinga and the 2010 Revello Barolo. Each expresses the essence of its respective region. The 2008 Bertinga hails from one of Tuscany’s most renowned vineyards and producers, and it epitomizes the greatness of Cabernet, Merlot, and Petit Verdot in Tuscany. Revello’s 2010 Barolo emanates from several choice vineyards in La Morra, Barolo’s most renowned commune. Moreover, Revello’s Barolo captures both the elegance and power of Barolo, and this is particularly true in the outstanding 2010 vintage. For these reasons, the 2008 Il Palazzino Bertinga and 2010 Revello Barolo share this month’s Top Pick. 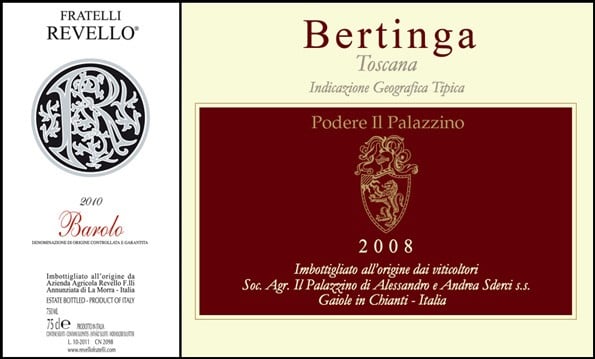