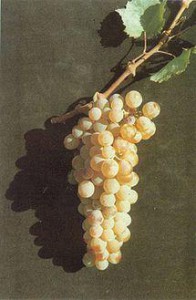 True confessions, yes!  Remorse, no, I don’t plan to lose any sleep over past transgressions, mine or anyone else’s.  So, here it goes.  Years ago, I loved  Chardonnay, and then I just lost interest.  At first, it was benign neglect.  But then I found myself loathing quite a few Chardonnays, especially a certain breed of California Chardonnay with its propensity for flabbiness and preponderance of oak.  At times, after tasting some of these wines I thought I would have to pick splinters from my mouth from the less than judicious use of raw wood. “Is this wine I’m drinking or oak water,” I asked myself.  And honestly, I wasn’t sure.  I began to hate such concoctions.  Admittedly, there were exceptions and some extraordinary California Chardonnays that were not over-oaked or under-wined depending upon one’s perspective.  And there were still many French white Burgundies (the original Chardonnay and my first Chardonnay love) that stood the test of time, but the cost of the finest French Burgundies went through the roof in the 1990s and have kept on soaring to the point where such classics are now the exclusive domain of multi-millionaires and billionaires, which precludes me and nearly the rest of the planet, too.  I still get to taste these Burgundian classics on occasion, but purchasing them is out of the question.  Too bad, but aside from the ridiculous cost, the payback just isn’t that great . . .  most of the time.

So, what now?  I’m coming full circle on Chardonnay, back to where I once belonged.  I enjoy lighter more affordable French Chardonnays such as Pouilly-Fuissé and many California and Washington State Chardonnays, too, now that these producers have begun to eschew oak and those that still barrel ferment and age their Chardonnays have come full circle, too.  Many producers have toned down their use of oak and now allow the luscious, natural flavor of Chardonnay to show through.  Apparently, I was not alone in my distaste for wood chips, splinters and mega doses of vanillin.  So, for me there’s more now to love than hate.